A while back one of my workmates gave me an old broken RC tank, and just recently I got around to playing with it. At the same time, I wanted to test out some FPV (first person view) video gear I bought for an RC plane, so I strapped that on too.

I present, my RC Tank ROV with FPV Video: 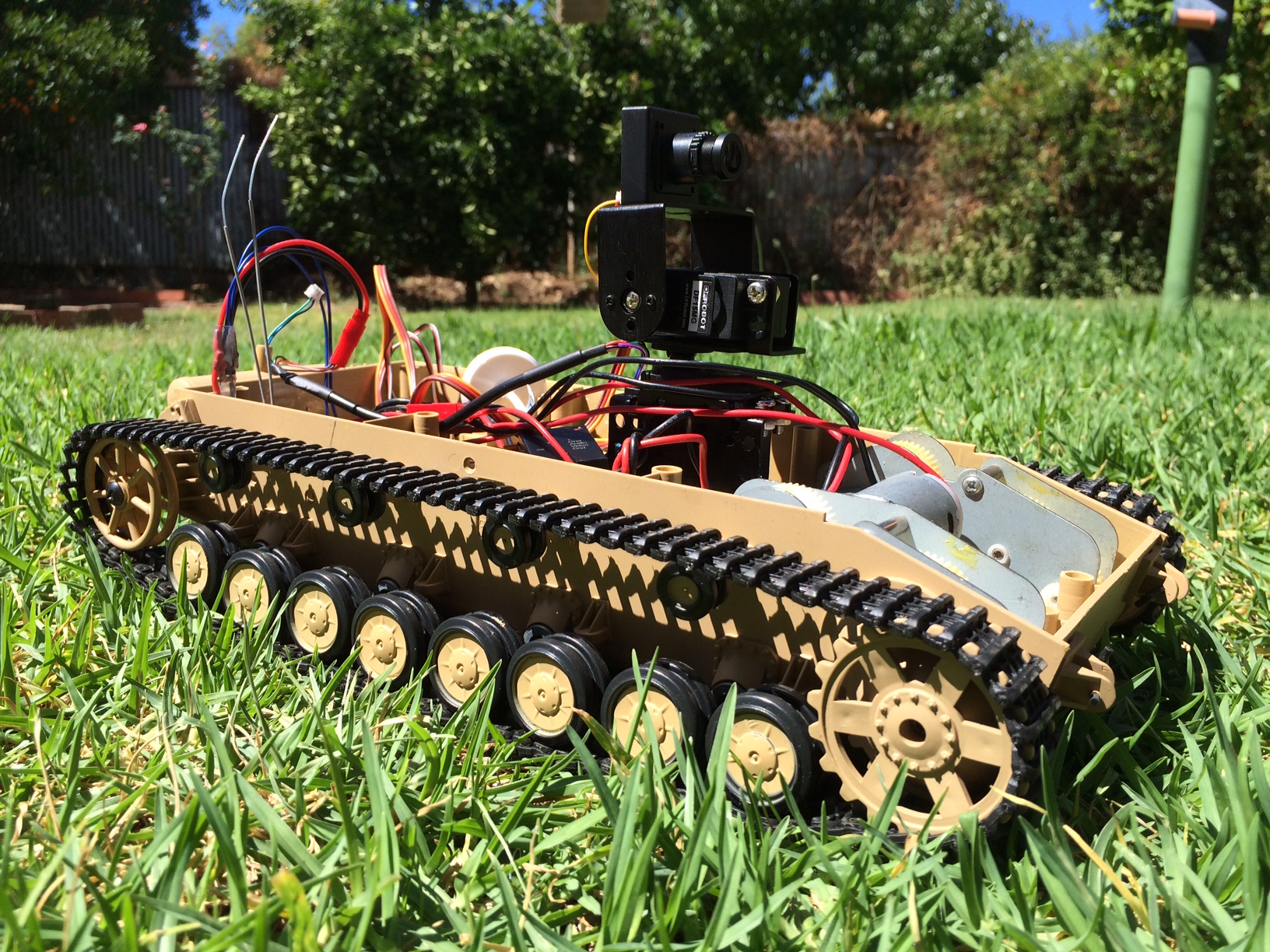 First, I had to gut the old electronics. It was really just a single board with some slightly interesting looking chips on it. I left the battery, motor and switch wires intact. Speaking of the motors, they are regular brushed ones, so I had to get a couple of brushed ESCs to drive them. Unfortunately, I made the mistake of buying single direction ESCs, so this tank has no reverse. Despite this, it still turns on a dime.

To control the servos, I threw an RC receiver in there I had lying around, hooked everything up and powered up my RC transmitter. This project had the added benefit of teaching me how to configure channel mixing on the 9XR Pro, I configured it so moving the throttle stick up adds power to both motors, and tilting it from side adds bias to the corresponding motor. It’s remarkably intuitive to drive.

I recently bought an FPV kit from Hobbyking and this seemed like a good opportunity to test it out before strapping it onto a plane. I also had a tilt/pan kit I bought from DF robot, so I chucked that in there as well. The servo leads just connect straight up to the receiver. I should mention that I swapped the kit lens on the FPV camera out for a wide angle one, taking the field of view from 90 to 130 degrees. This makes it much easier get a bearing on where you are when you’re piloting the plane.

FPV transmitters should ideally be isolated from the main battery that drives the motors, because the ESCs tend to make a lot of noise. I should probably make some kind of low cut filter to smooth out the power before feeding it to the camera and video transmitter. 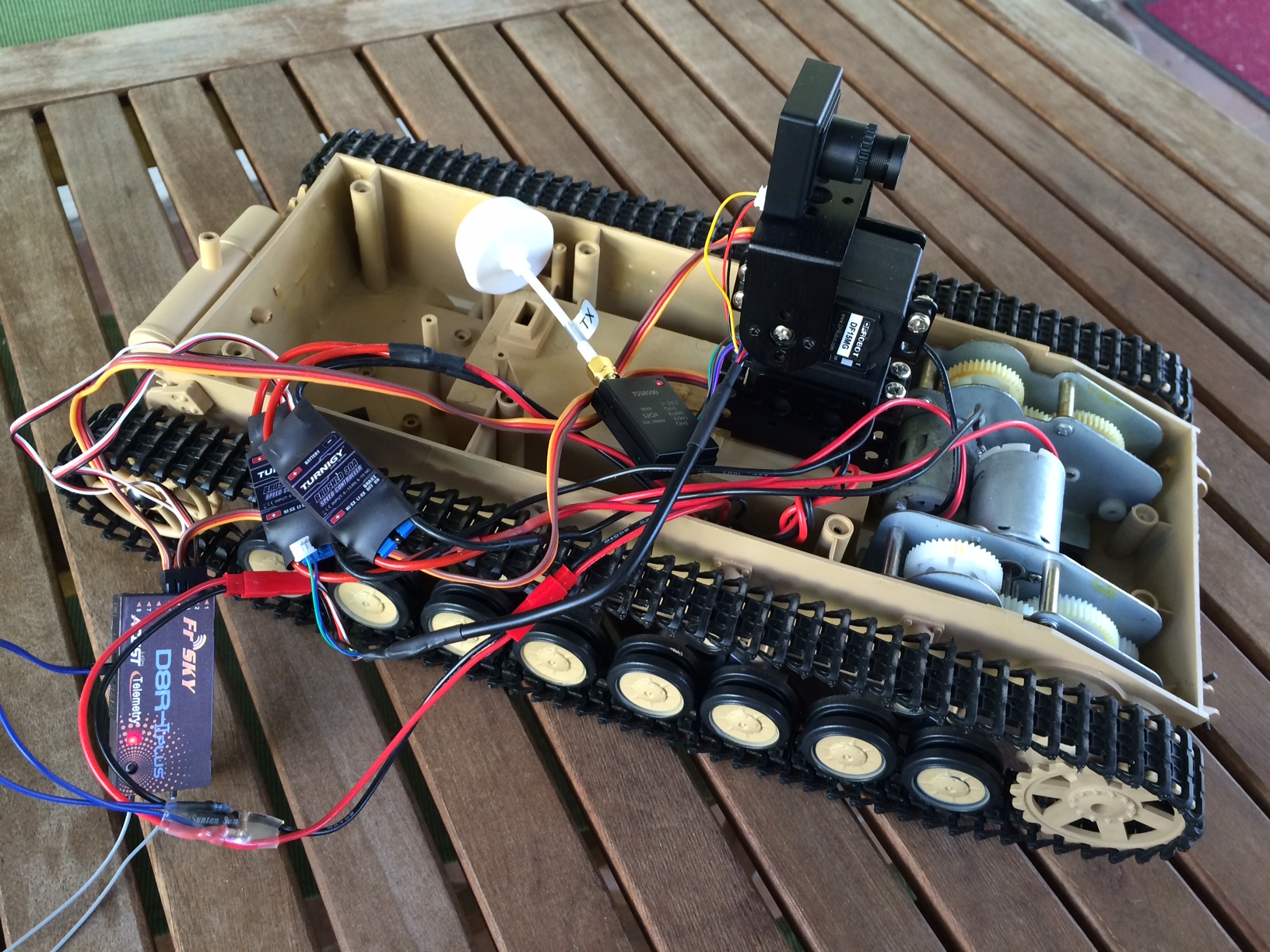 Fortunately the RS832 receiver has two video outs, so you can watch a stream on the headset while a second device does video capture. To do this I’m using a video recorder I was was given by a security guy who was doing an upgrade at my old work.

In the future I’d like to add a tower to hoist the receiver, refine the cabling, and sort out a better power supply. I’ll do a post on those once they’re done. 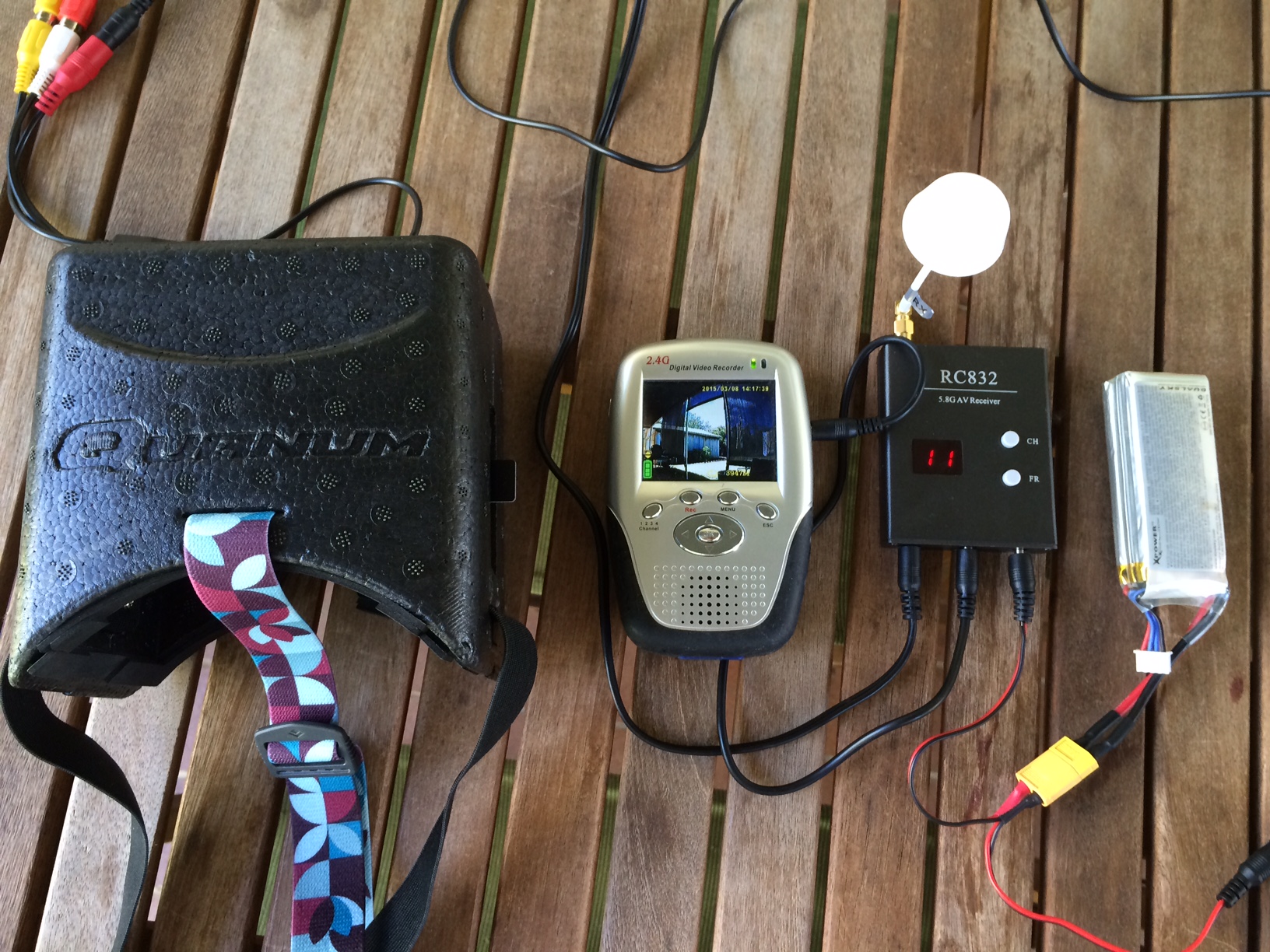 One neat-o thing the Frsky RC receiver does is telemetry. That is, it transmits information about your craft back to the transmitter in your hands. This is awesome because you can make it tell you the voltage of your battery, so you don’t accidentally ruin it by discharging it too much. It also tells you received and transmitted signal strength (RSSI/TSSI) so you can turn back before your craft gets out of range.

All of this is displayed on the screen of the transmitter with only some minor modifications to the Frsky transmitter module. 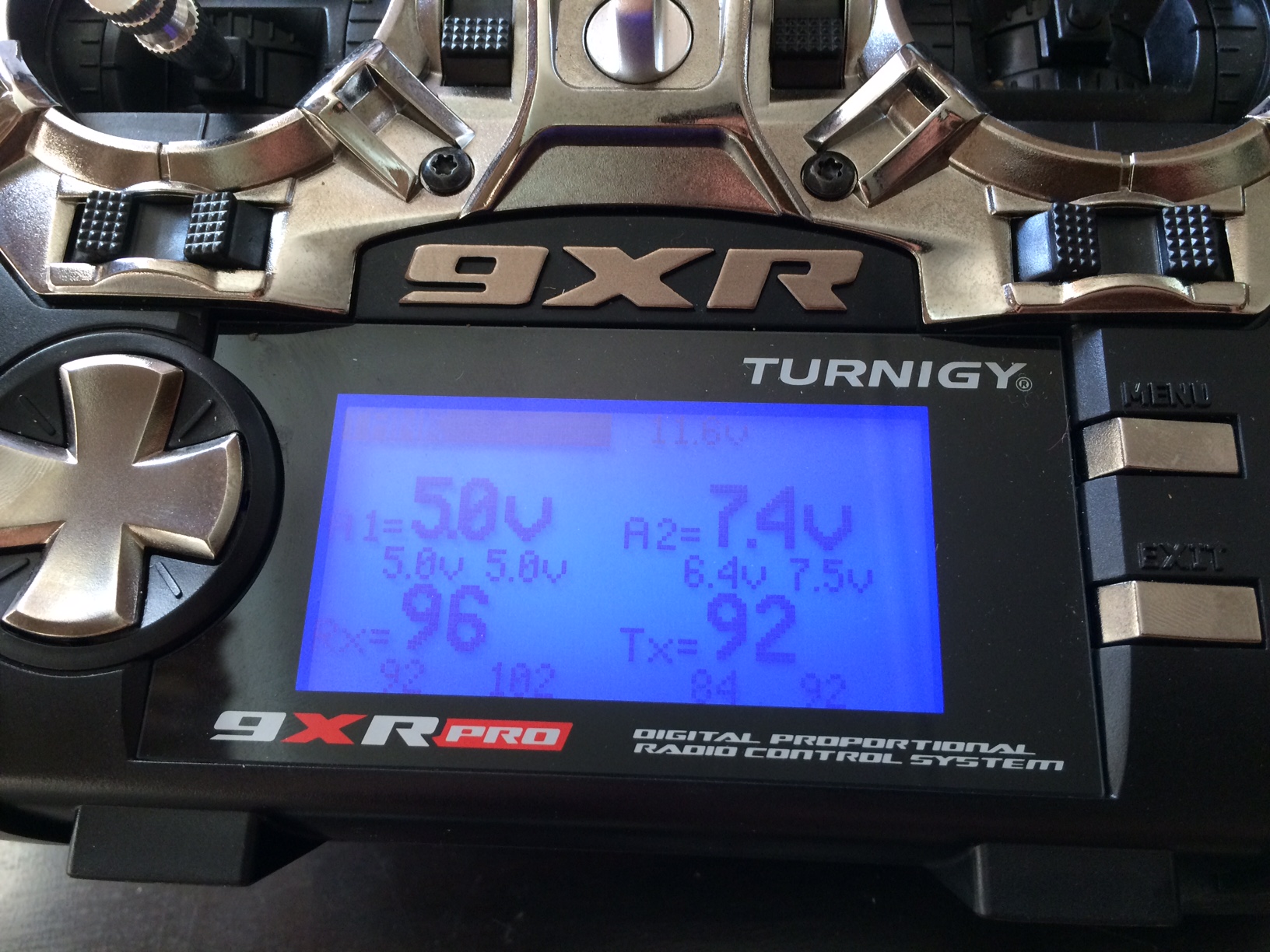